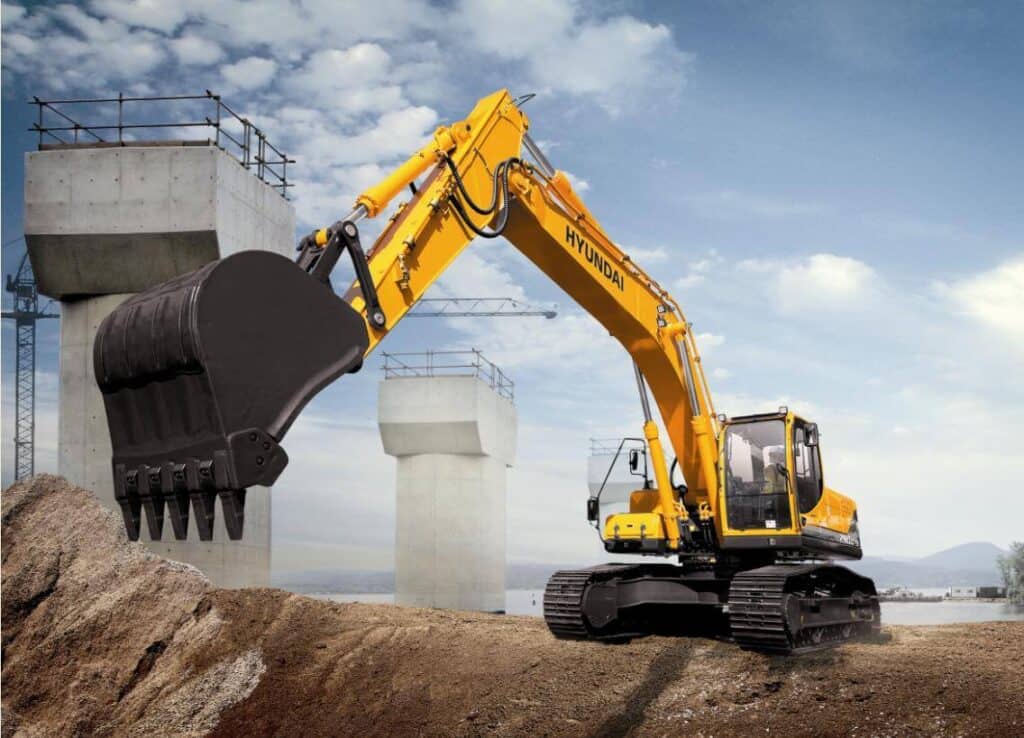 Excavators and backhoes are the torch bearers in massive construction equipment industries. Many tasks can be performed by using these machines. These are the most important machinery equipment used in large-scale projects. Even though hydraulic excavators and backhoe loaders have a lot of importance, it is still essential to make the right choice between them.

You must ensure that your chosen machinery can fulfill your requirements and handle your job effectively. You can differentiate between them based on their pros, cons, applications, and functioning. If this is what you want to know, continue reading this article till the end. You will learn everything in the best possible explanation. Continue reading! 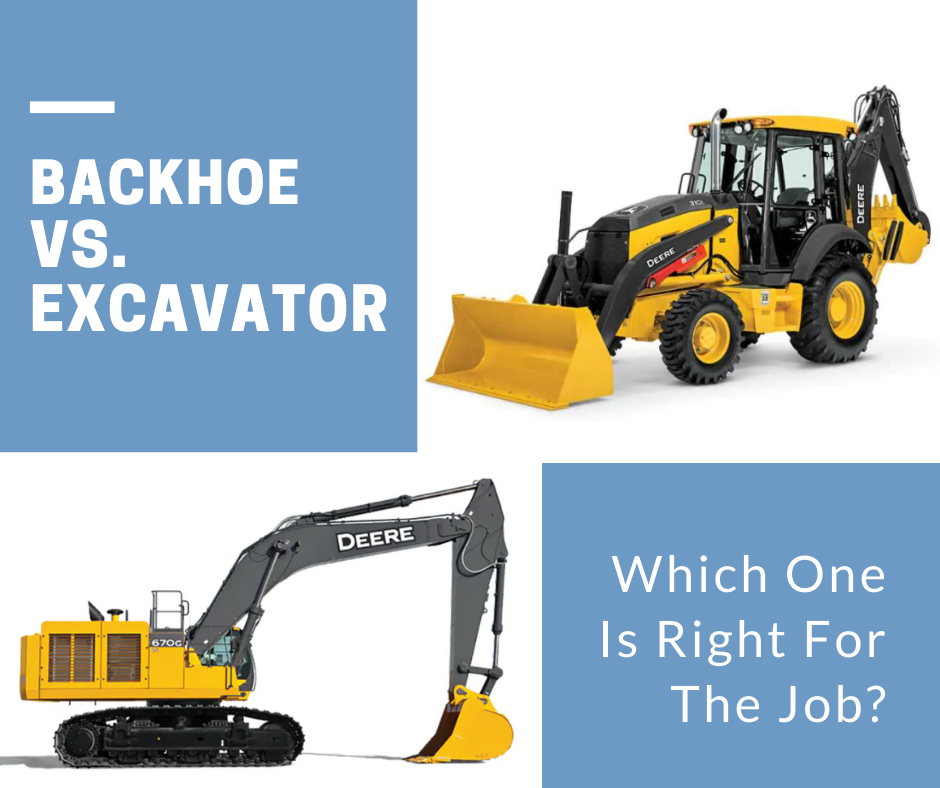 What Is An Excavator

Excavators are one the heaviest construction equipment. It consists of a boom, arm, cab on the superstructure, which rotates, and a bucket. Wheels and tracks are used for the movement of the excavator.

Wheeled excavators are used for digging, lifting and carrying things, etc. Special tools, e.g., cutters, grapples, hydraulic breakers,  shears, etc., are attached to an excavator to do special jobs or to do the work quickly.

These are one of the popular earth-moving vehicles and are a natural progression from steamed shovels. These are mostly mistakenly called power shovels. 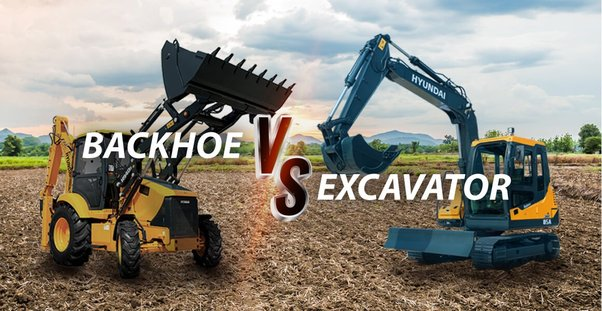 Some of the advantages of standard excavators are

Some of the disadvantages of excavators are

Some of the applications of a standard excavator are given below 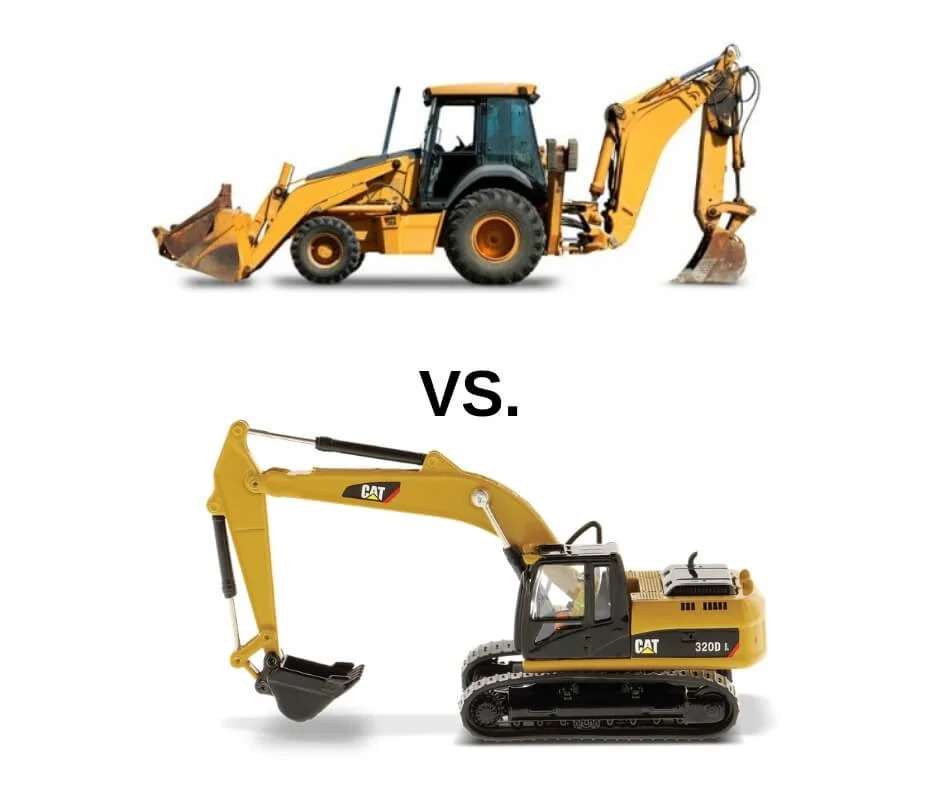 What Is A Backhoe

The backhoe has another name called back actor or rear actor. It is digging equipment consisting of a bucket attached to the end of an arm of a backhoe. The arm of a backhoe is a two-part articulated arm. It is mounted on the back of the front loader or tractor.

The closest part to the arm is called the boom. Dipper carries the bucket. The vehicle boom is attached by a pivot called a king post. It allows the arm of a backhoe to pivot right or left with a maximum degree of 180 to 200. 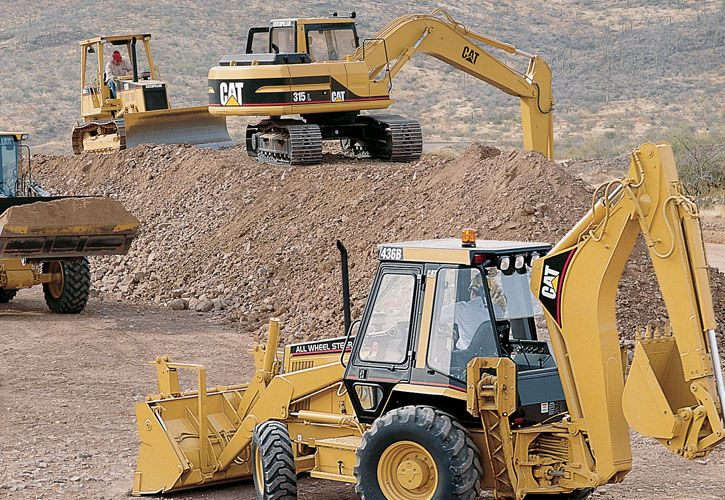 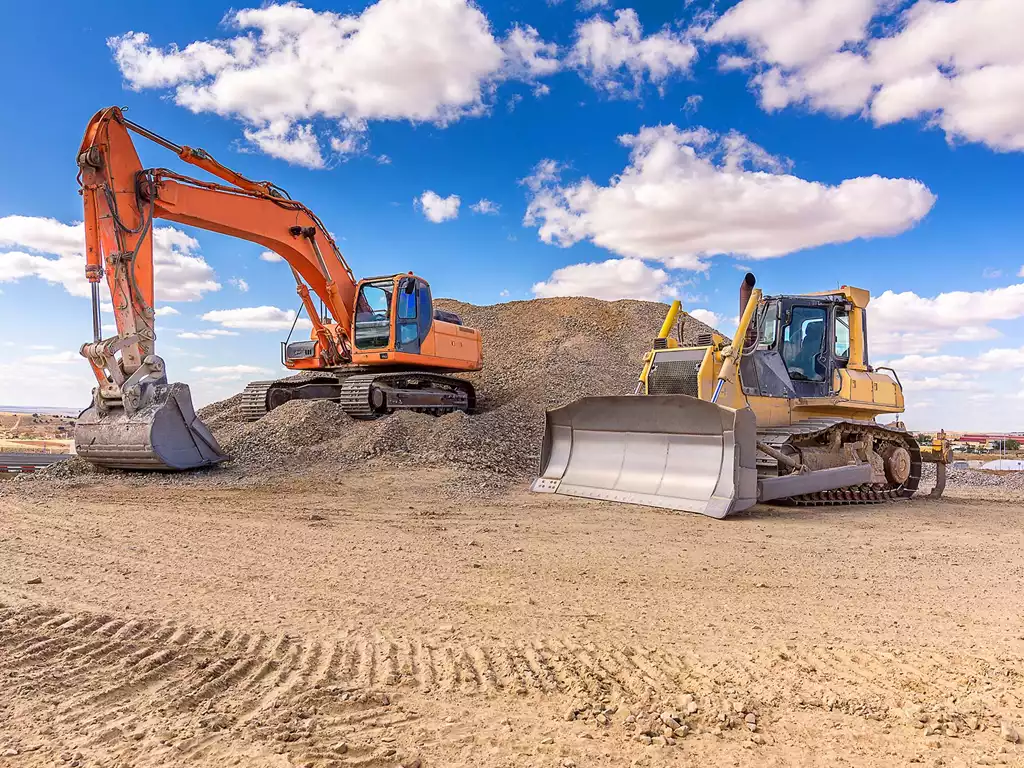 Difference Between Excavators And Backhoes 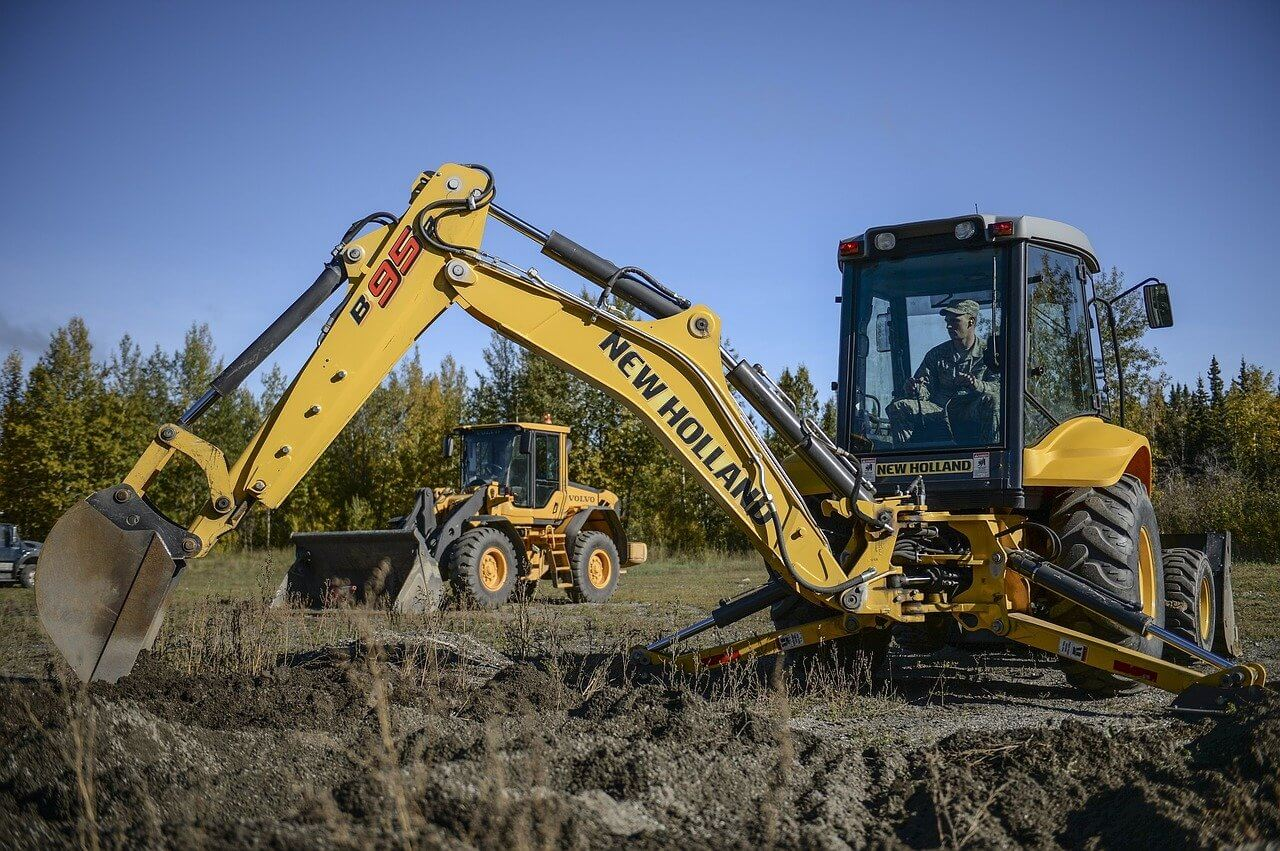 The backhoe can transport materials, for example, building materials that are not much in weight. They can also demolish small structures and can be used for digging holes, breaking asphalt, land scarring, paving roads, etc. However, excavators are used mainly for excavation jobs. Excavators have some attachments. If used, then it can also be used for ripping, boring, crushing, and cutting. 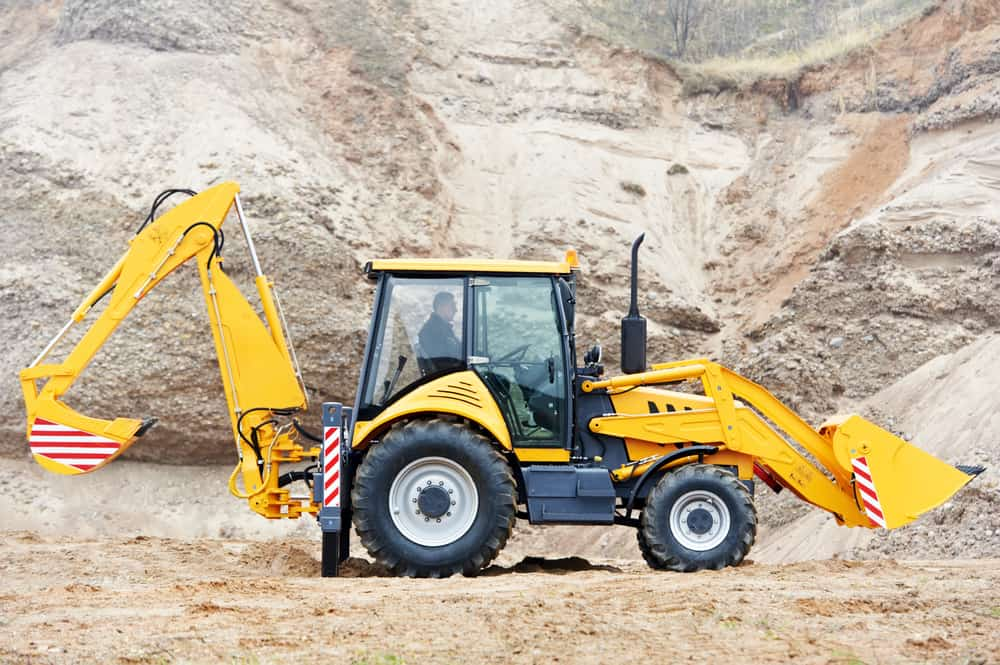 If you want to transport an excavator from one place to another, you will need a carrier vehicle. However, the backhoe can transport itself easily because it can be driven at 25 Kmph. So the transport cost of a backhoe is cheaper compared to an excavator. 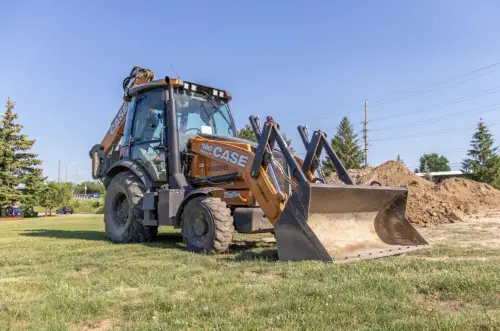 Owning an excavator has a much higher expense compared to a backhoe. Storage transportation, renting/leasing, and maintenance costs follow suit; if you have less budget, you should use a backhoe as it is much cheaper than a standard excavator. 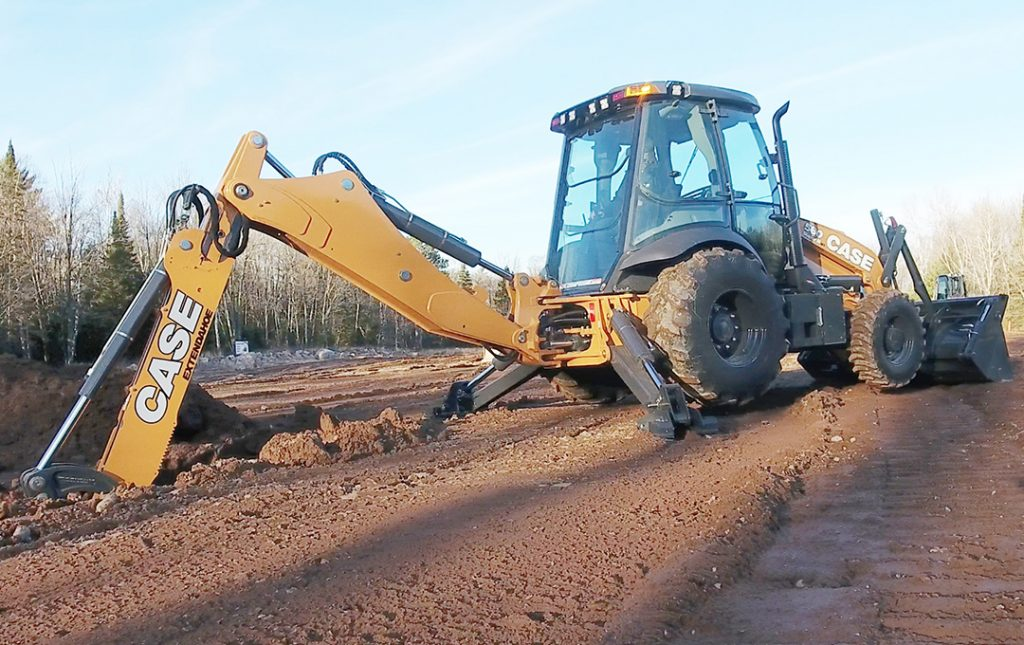 The excavator is designed as a boom, bucket, stick, and cabin placed on a rotating platform. Excavators as compared to backhoes, are more specialty machines. A backhoe is like a tractor that is fitted with a shovel at the front and an on the back a backhoe. Backhoes are more versatile than excavators.

The differences may also vary based on popular categories manufactured by different brands.

What To Choose Between An Excavator & A Backhoe

There are some factors that you should consider in your construction site for whether you should use an excavator or a backhoe, and these factors are given below: 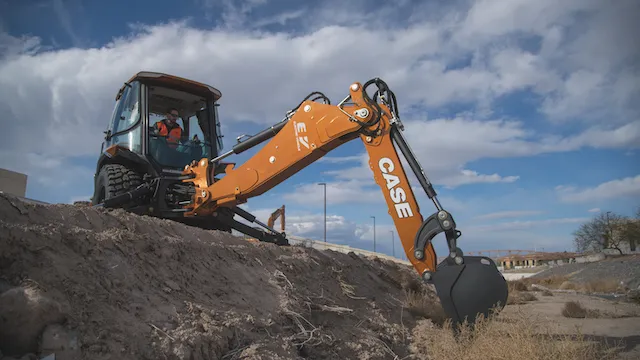 Size Of An Excavator and A Backhoe

The size of the machine should match the scale of the construction project. Suppose you have a large construction site involving large-scale constructions such as excavation or demolishing projects, where shear machine power is important. In that case, you should get an excavator. Backhoe is considered if your construction project is small and more moderate in scope.

The backhoe has an advantage in mobility because it moves easily around job sites and can be driven up to 25mph on roads. If your project has different land areas that need attention for construction, a backhoe is the best machinery to be used. 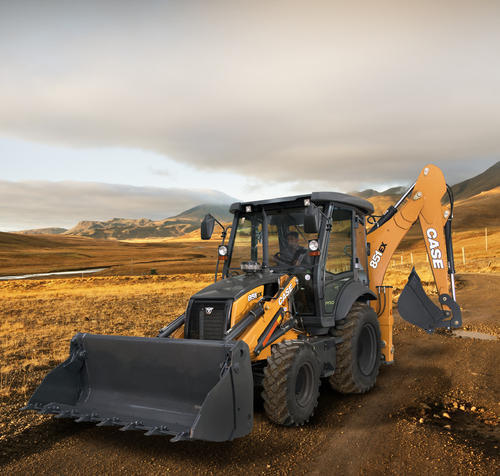 Some of the tasks, such as digging etc., can be done by using an excavator or backhoe. There are some tasks that only one of the machines can do. So check your tasks and make sure that the equipment that you are going to buy or rent is capable or not.

If you are still unsure about the machinery that can be more reasonable for your project, you arrange a meeting with heavy equipment professionals. People who know all the things about these machines have their pros and cons. Consult your project with professionals, then makes a decision. 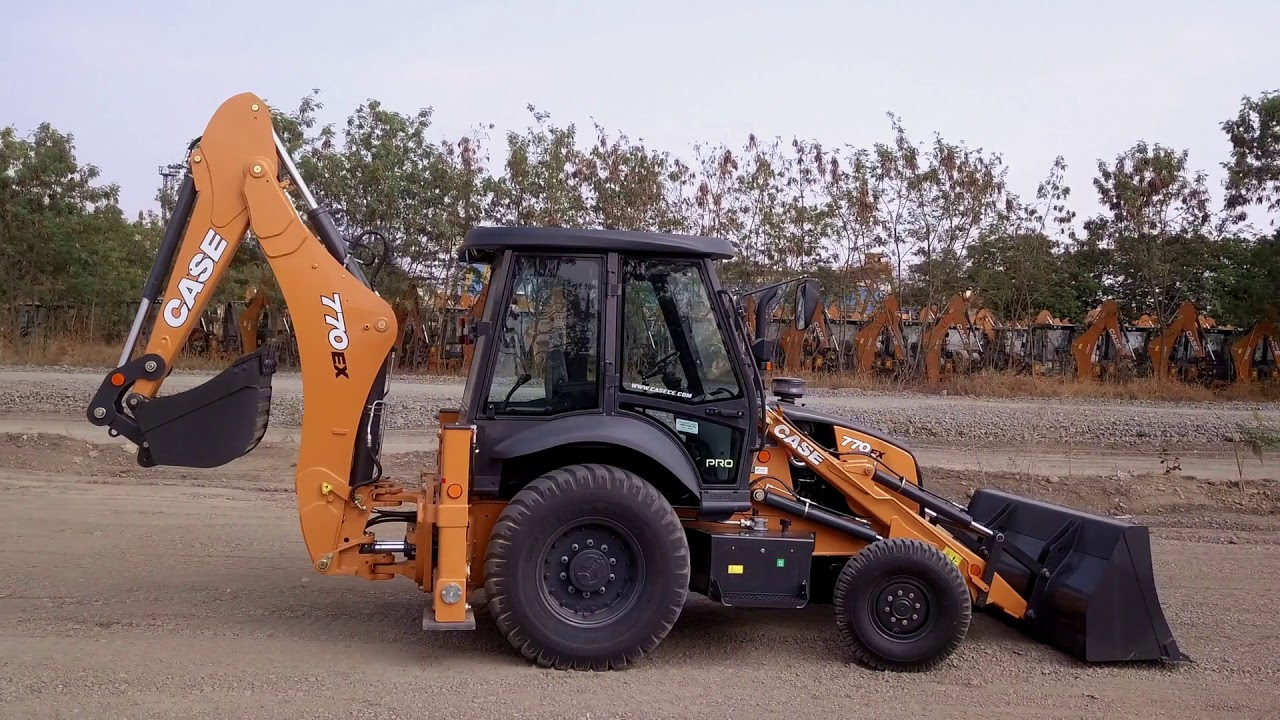 Now that you know how to choose between a backhoe and an excavator, you can also differentiate between the two. This article has detailed information on the definition, pros, cons, and differences between an excavator and a backhoe. There are also some factors explained that can help you to choose the best excavator or backhoe for your project.

PrevPreviousMini Excavator For Sale New, Used and Prices For Rental, In China/2022
NextThe Difference Between Wheeled Vs. Tracked Excavator – The Ultimate Guide 2022Next